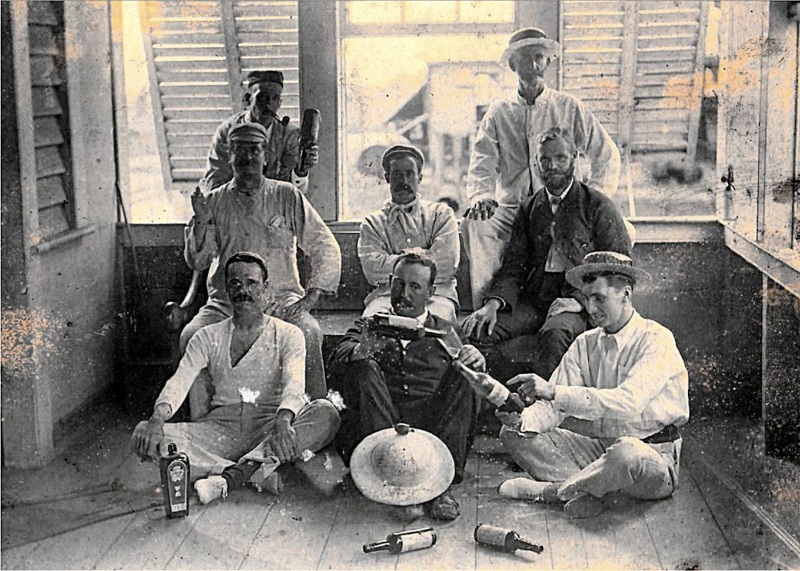 On March 22nd, 1869 a young plantation manager in the West Indies wrote an expansive letter to his sister in Essex. Often Henry Bullock only managed to scribble perfunctory notes to his family, but this letter probably satisfied their hunger for details about his life, running a sugar estate far from home on the remote coast of British Guiana (now Guyana). He reported what he had done that day: as part of a jury in a capital murder trial, he had reluctantly sent a man to the gallows. He described his regular companions, a married couple who lived nearby and their baby daughter. Although he generally had little patience for children, he was fond of this little girl. The toddler liked to put a hat on Henry’s head and a pipe in his mouth and pretend she was hurrying him out the door. His sisters often had to coax from him such scenes, sketching his everyday, domestic existence. In that letter he must have made them still happier by providing an inventory of his desires from England: socks, music, a copy of Tennyson’s ‘Idylls of the King’ in green cloth binding.

What the clergyman’s eldest son did not give his family, at the rectory in sleepy Radwinter, was any sense of the agitation afoot in Guiana, Britain’s sole colony in South America. That year marked the first period of mass uprisings by Indian plantation workers there, who for three decades, ever since the emancipation of Africans, had been imported through a system of indentured labour denounced by some as a ‘new slavery’. No other letter written by Henry in 1869 survives in the bundle spanning his tenure in the colony from 1861 to 1893. It may be that he wrote nothing else or that whatever he did write has been lost, or withheld from the sheaf donated to the Essex Record Office. There are many reasons for gaps in archives: the flooding or immolation of repositories, the exposure of ageing documents to light and oxygen. And then there are other cataclysms, the quiet, structural kind that keep documents from ever existing, because of the way power wielded or withheld mutes certain people, born into the wrong class, race, gender. Silences in the historical record have many explanations. Certainly there are some things a well-bred Victorian gentleman does not divulge to his sisters or his mother.

Continue reading in the January 2014 issue of History Today.